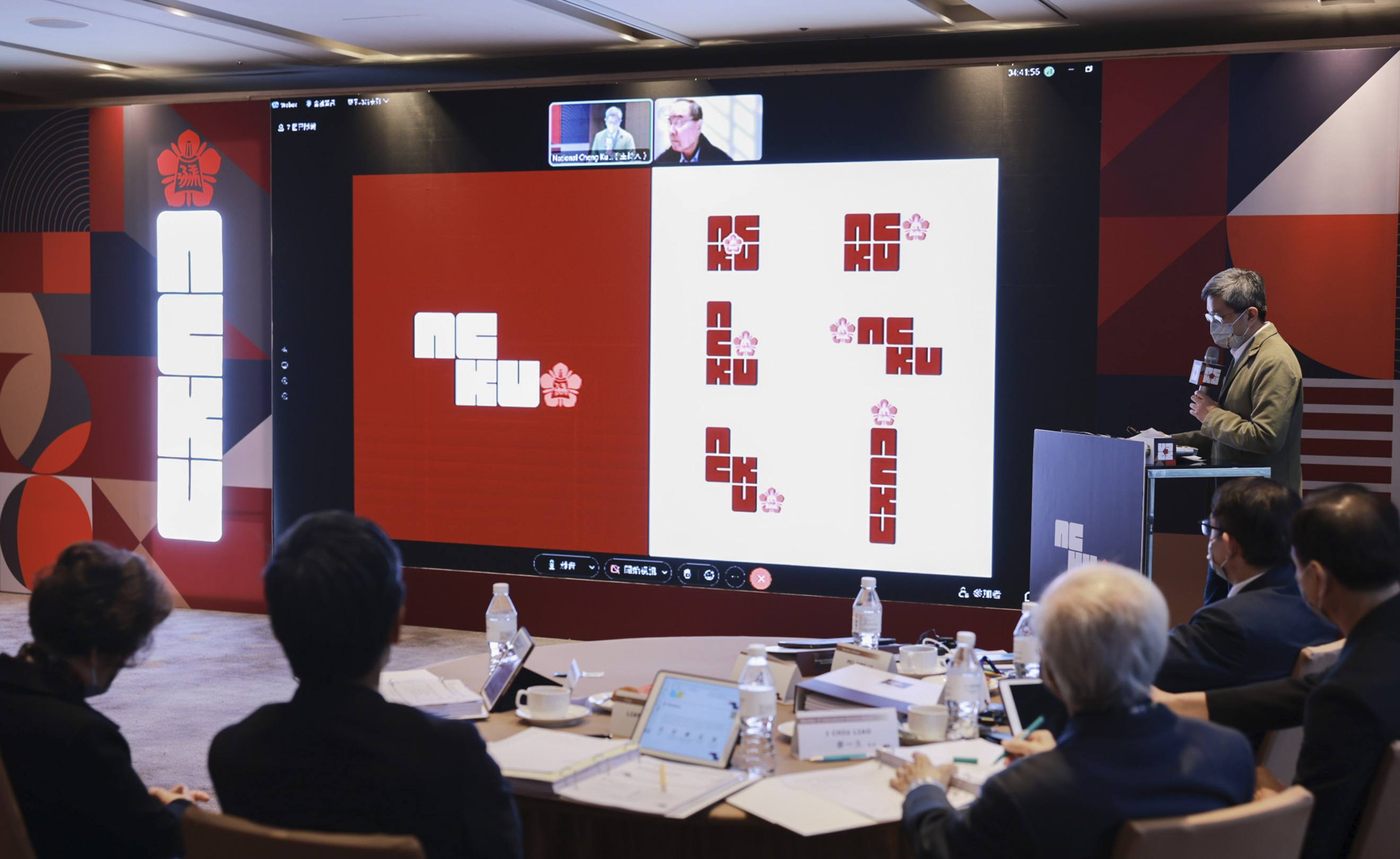 Taiwan’s National Cheng Kung University (NCKU) is embarking upon a rebranding project that aims to crystallize its role within Taiwan’s higher education industry and lift the institution’s international reputation.

The Tainan-based university staged an international rebranding event — “Towards a New Chapter: The Centenary of Success (邁向百年新篇章)” at the Le Méridien hotel in Taipei City on Friday (April 1). After acknowledging each person on NCKU’s International Advisory Committee for attending, the head of the school took to the stage to lay out the new vision.

“2021 was the year NCKU celebrated its 90th anniversary. It was also a year when we looked forward to starting a new chapter as we power on to our centennial,” NCKU President Su Huey-jen (蘇慧貞) told the audience. 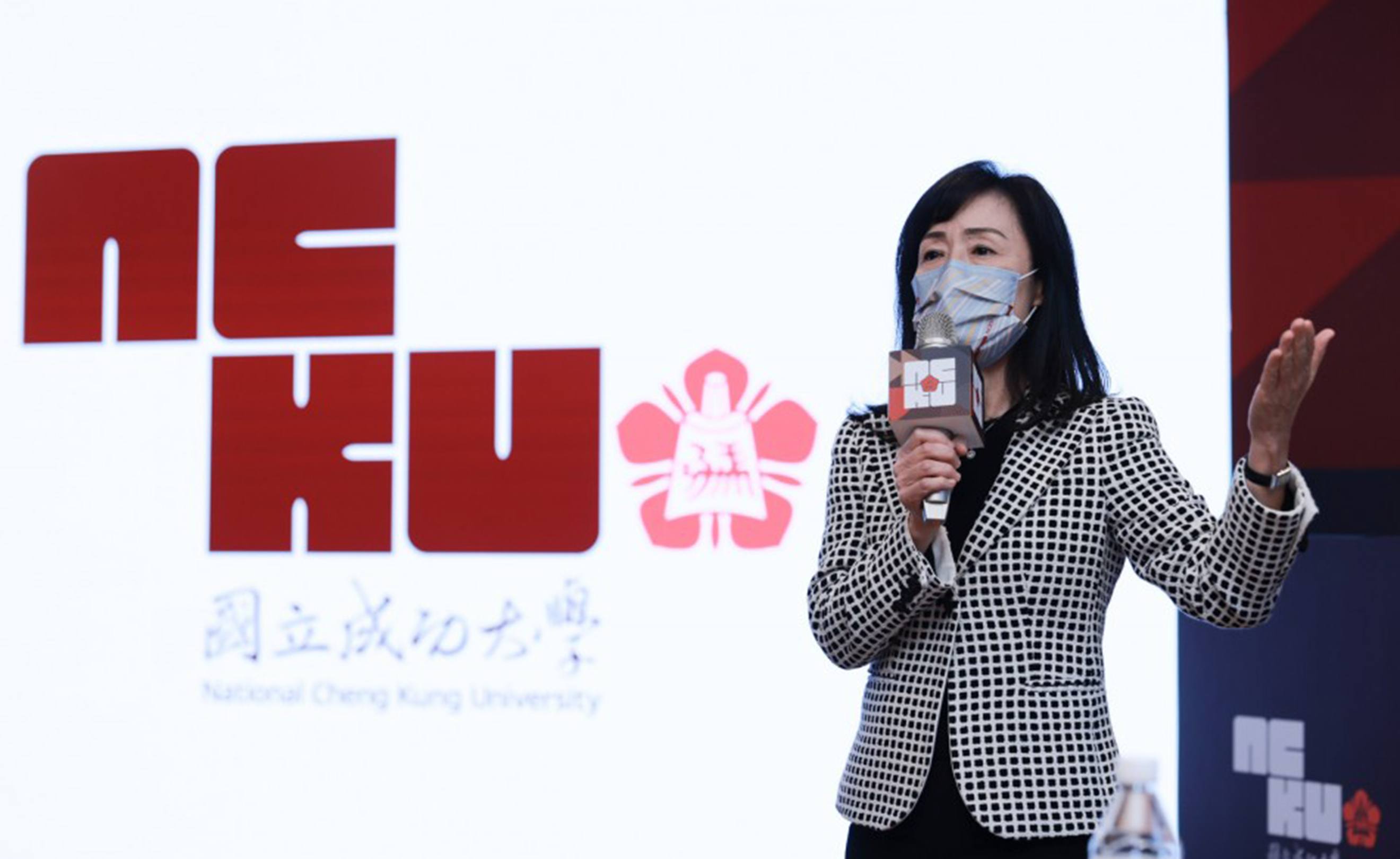 “At times of instability, a forward-thinking game plan becomes critical to map out our future path,” Su said, referencing the impact of the COVID-19 pandemic and other destabilizing factors. “We need to navigate a future world filled with uncertainties, and so it is vital to remain resilient and stay agile.”

“Universities at times like these must not shy away from their duty to cultivate brilliant talents and breakthrough research,” Su said. “As we come into the post-pandemic era, NCKU is redefining our position in the new normal.”

“We aspire to take up greater responsibilities and maximize our contribution to society by strengthening our academic research and cultivating worldly talents,” Su went on. She described NCKU’s new brand as “future positive,” adding there are five pillars: 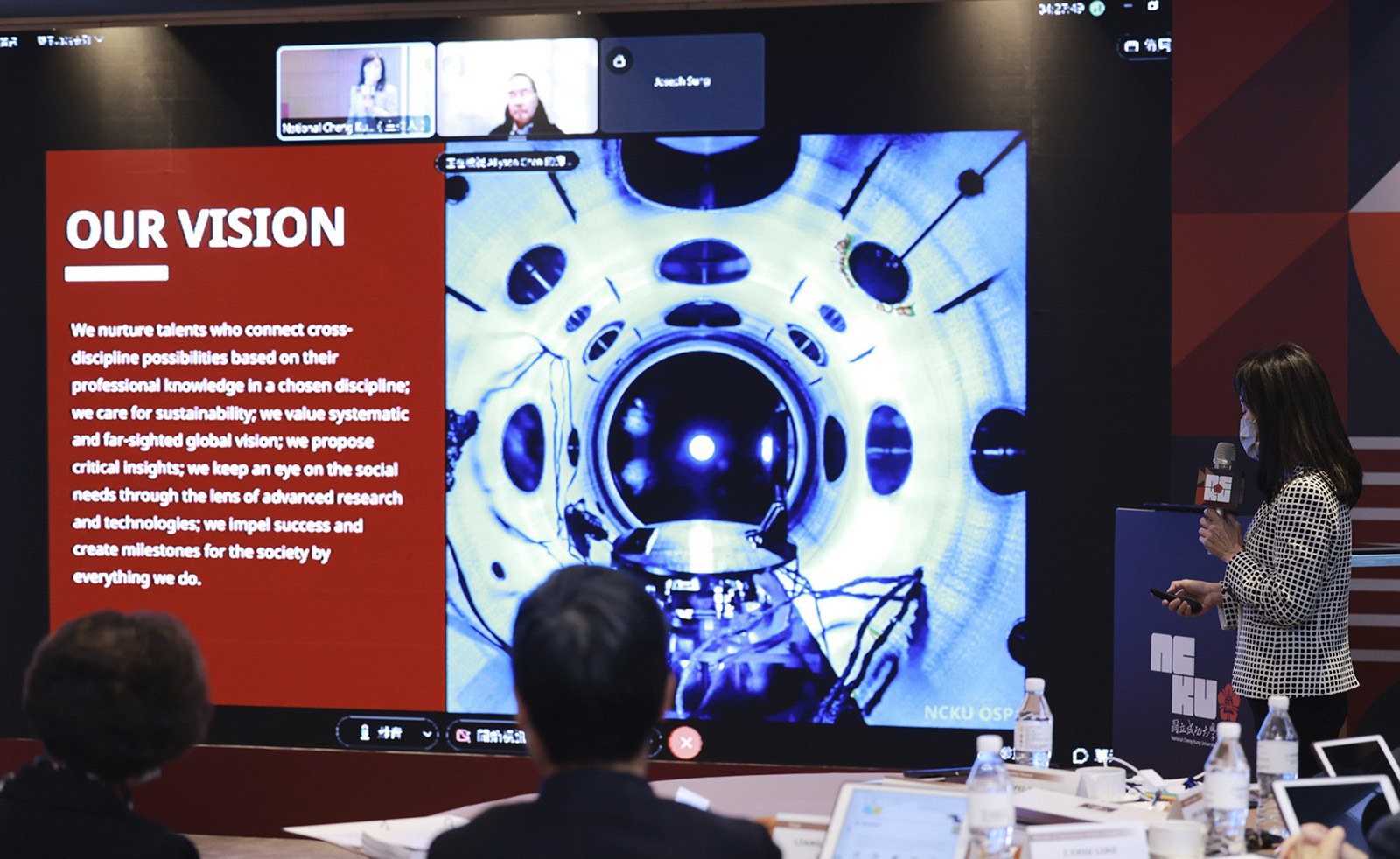 Toward the end of her presentation, Su revealed that NCKU had once again won the most 2022 University Social Responsibility (USR) Awards of any college in the country. She said the school was honored to receive the awards and remains humble in accepting them.

Su showed a still from an article by YuanJian magazine (遠見雜誌) that said NCKU has sowed the seeds for Environmental Sustainability Governance (ESG) in Taiwan. “We set the record for winning the most USR awards in the last three consecutive years in Taiwan,” she said.

“We set the entire paradigm for social responsibility higher education here,” she added. “We will continue to play a key role as a pioneer in promoting ESG in Taiwan.” 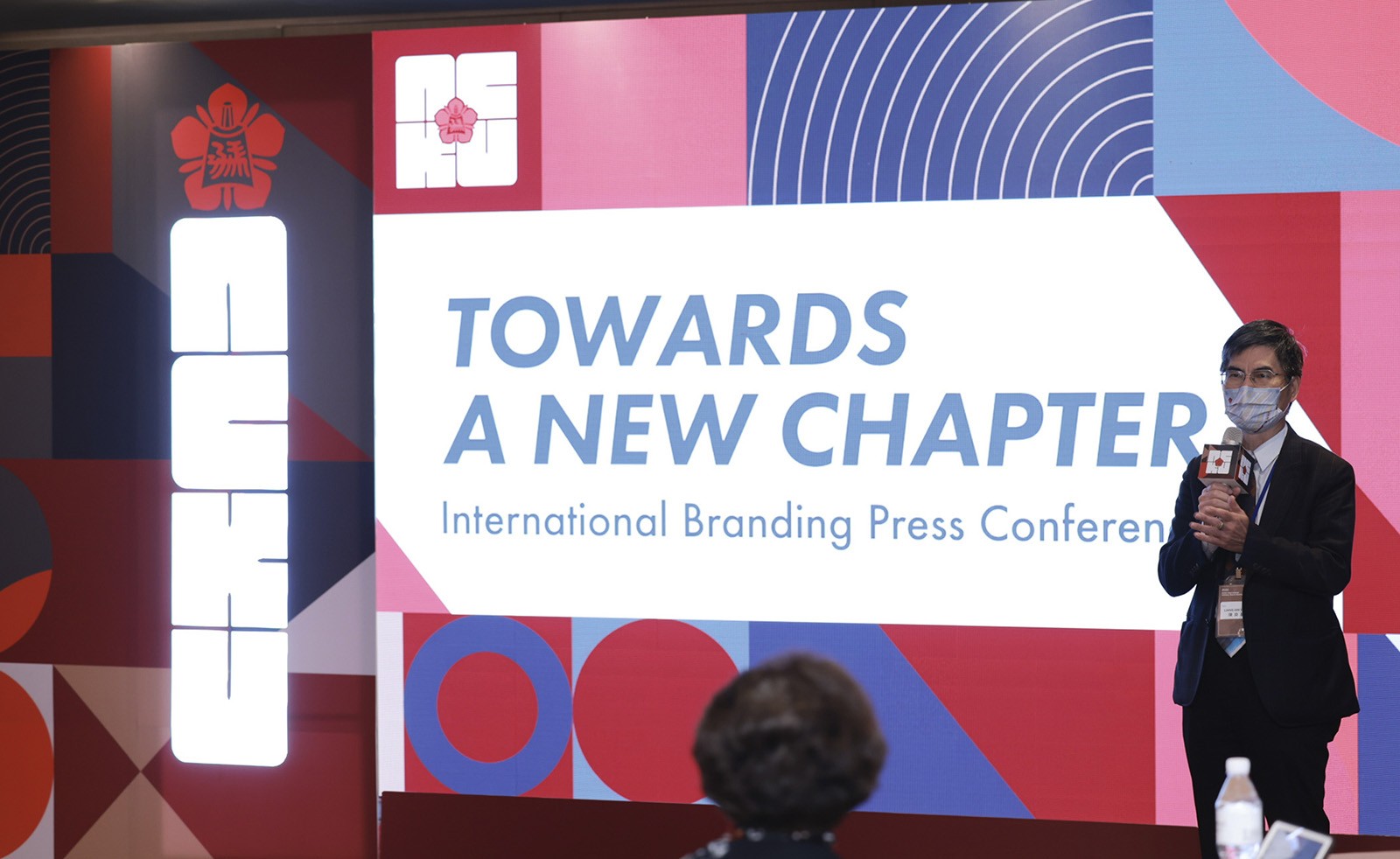 Professor Wu Ping-sheng (吳秉聲), Director of the NCKU Museum, took to the stage to discuss the process and the new logo that embodies the new brand.

He said NCKU conducted a large-scale survey of international academia. The results showed a majority of roughly 65% had never heard of the university.

“This reality hurt us a bit,” Wu admits. “But it spurred us on to make our presence felt.”

NCKU is well-known within Taiwan’s borders. It was ranked first in Cheers Magazines’ “2022 University Performance Growth Top 20 Excellence Award,”which is calculated according to the feedback from 126 Taiwanese university presidents.

NCKU has won the award eight years in a row. Even so, it has struggled to project its success to the global academic community.

“‘Cheng Kung’ (“成功”) is easy to remember in Chinese, since it means success,” he said. “But in English it means nothing, and so we had difficulty communicating our value to the English-speaking world.”

“But true to our name, we mean to succeed,” he said.

More than a logo

Wu displayed a slide that contrasted the various department logos of the university. He pointed out the lack of consistency that had existed between the logos.

Wu then showed how other universities like University College London (UCL) and Massachusetts Institute of Technology (MIT) had used acronyms in their new logo designs and that NCKU is now following in their footsteps.

“The new logo features the poinciana flower, the symbol of our school from the original legacy logo,” Wu said. “While contemporary in style, the core colors of the original palette are retained,” he said.

“This allows great contrast between the visual elements,” he added. The logo is black, white, and crimson. It features the letters “NCKU” with a flower graphic.

Asked what challenges the university faced in rebranding, Su told Taiwan News they had to shed their self-image and see things from the international community’s perspective.

“The first thing is to get rid of our entrenched bias and directly accept feedback from the international community.” Su said the survey team gave those interviewed the space to give an opinion without being unduly influenced.

“The whole process has been tremendously meaningful,” Su added. “We worked with people of diverse mindsets and across interdisciplinary fields and that challenged our imagination of what’s possible.”