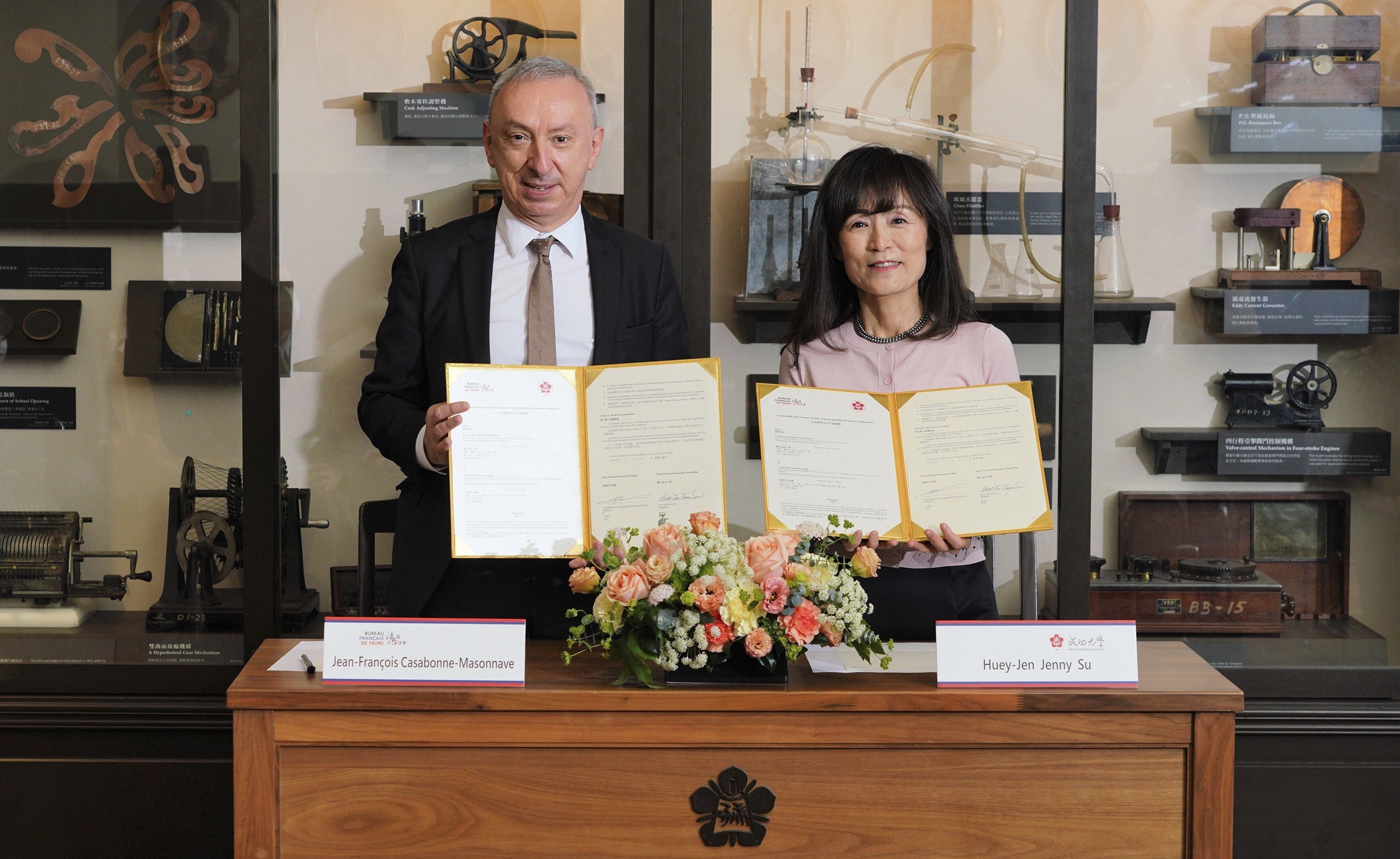 Scholarship Agreement with the French Office in Taipei

To encourage its outstanding students to pursue short-term exchange programs or dual degree programs in France, National Cheng Kung University collaborated with the French Office in Taipei. On March 11, Huey-Jen Jenny Su, President of NCKU, and Jean-François Casabonne-Masonnave, Director of the Office, signed an MOU on NCKU-French joint scholarship, pledging to promote two-way communication and talent exchange and to create the optimal arrangement for students to broaden their horizons.

According to the agreement, each year, as many as 12 NCKU students can receive scholarships at a maximum of 150,000 NTD per semester and a maximum of 240,000 NTD per academic year. This will help alleviate their financial stress for studying abroad. In addition to providing one economy class round-trip ticket between Taipei and France, the Office also offers the scholarship students exemption of registration fees and priority in dormitory applications. The students will be welcomed into France Alumni Taiwan and will be invited to the alumni activities held by the Office. Furthermore, consultation with and student visa application through the Office will be free-of-charge for the scholarship students.

“France looks forward to establishing collaborations with Taiwan in various fields,” Jean-François Casabonne-Masonnave said. In many aspects, NCKU’s contributions to the scholarship programs are powerful steps in shaping the future and creating strong links with universities, helping to strengthen the two-way talent exchange and communication between France and Taiwan. 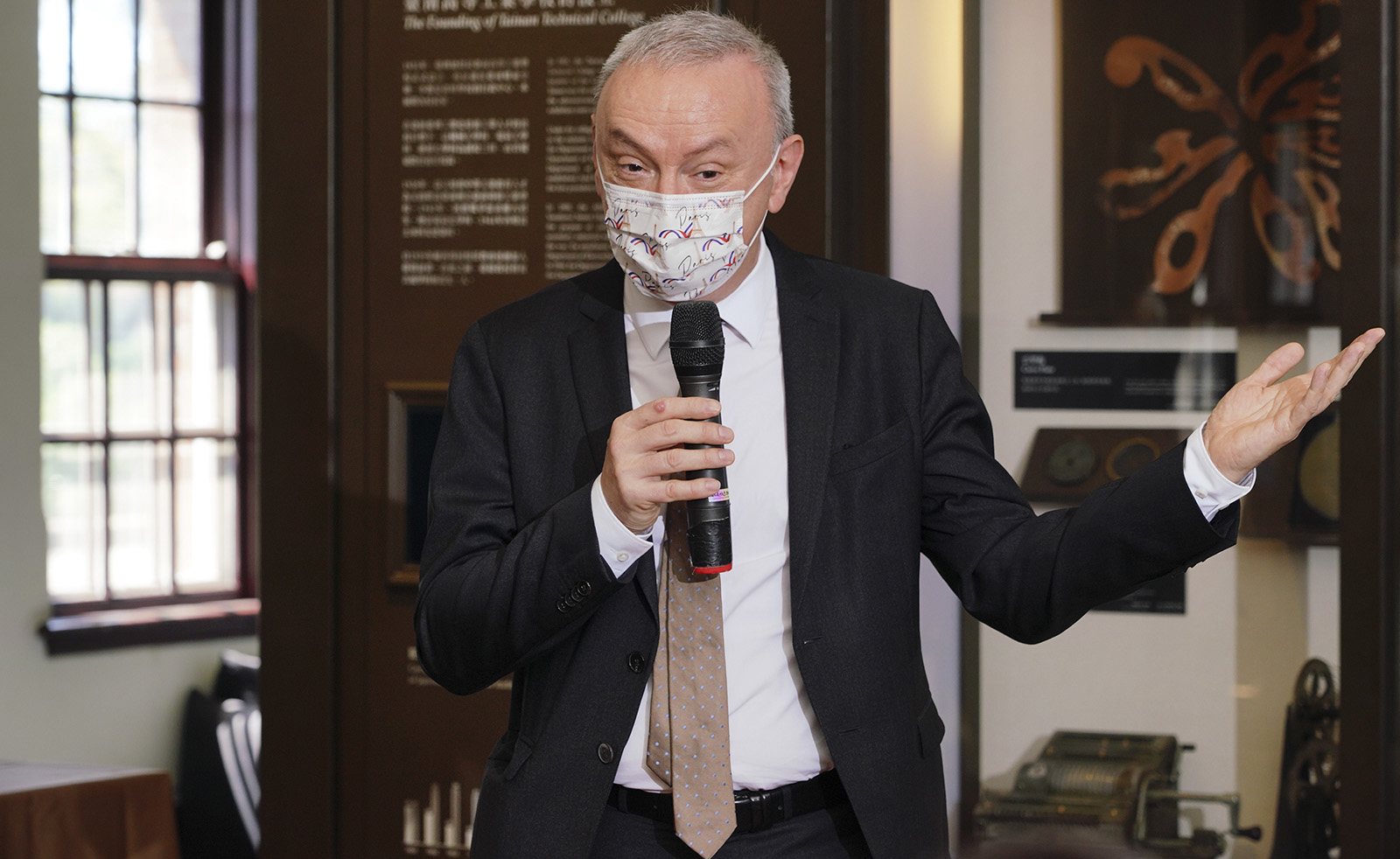 Huey-Jen Su mentioned that there are many valuable faculty and staff in this university who are French, in fields such as quantum physics and archeology. The convergence of outstanding scholars in NCKU makes the university a leading force in the national academic and research development. President Su expressed her expectations for the improvements NCKU will see under the collaboration with the Office, meanwhile, she welcomed the guests to pay NCKU frequent visits. 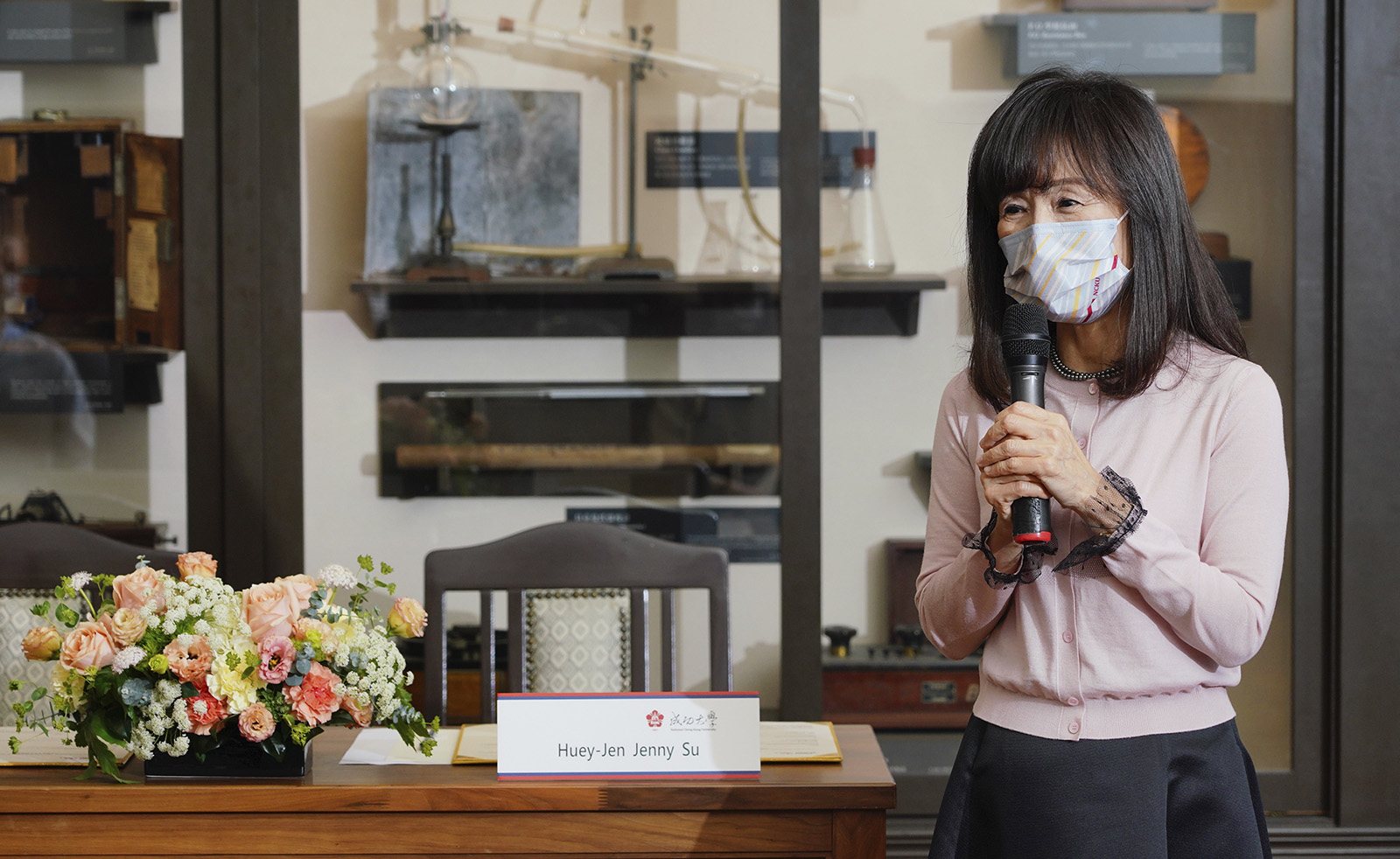 Office of International Affairs of NCKU pointed out that over the years, NCKU has established collaborative relationships with around 27 universities or research institutions in France, including Universite Paris 1-Pantheon-Sorbonne, Université Grenoble Alpes, and more. In recent years, the number of exchange students going abroad is increasing. The students choose to spent their studying years in Paris, Toulouse, Nancy, Bretagne, or Normandy, enjoying the world via individual or collaborative programs between NCKU and partner schools. In the past three years, near 83 NCKU students have gone to France via exchange programs, and near 217 students from universities in France came to NCKU on exchange programs or short-term internships, adding a bit of European flavor to the ancient city of Tainan.

NCKU has signed MOUs with various schools in France, the collaboration levels span across between-schools, between-colleges, and between-departments. Among these, the NCKU Department of Aeronautics and Astronautics began its overseas degree programs in collaboration with the Institute of Polytechnic Science and Aeronautics, IPSA, in 2010. Each year, a maximum of 49 foreign students comes to Taiwan to receive extensive training lasting three to four months. The program has been officially recognized as part of the IPSA courses and has cultivated over 300 students. 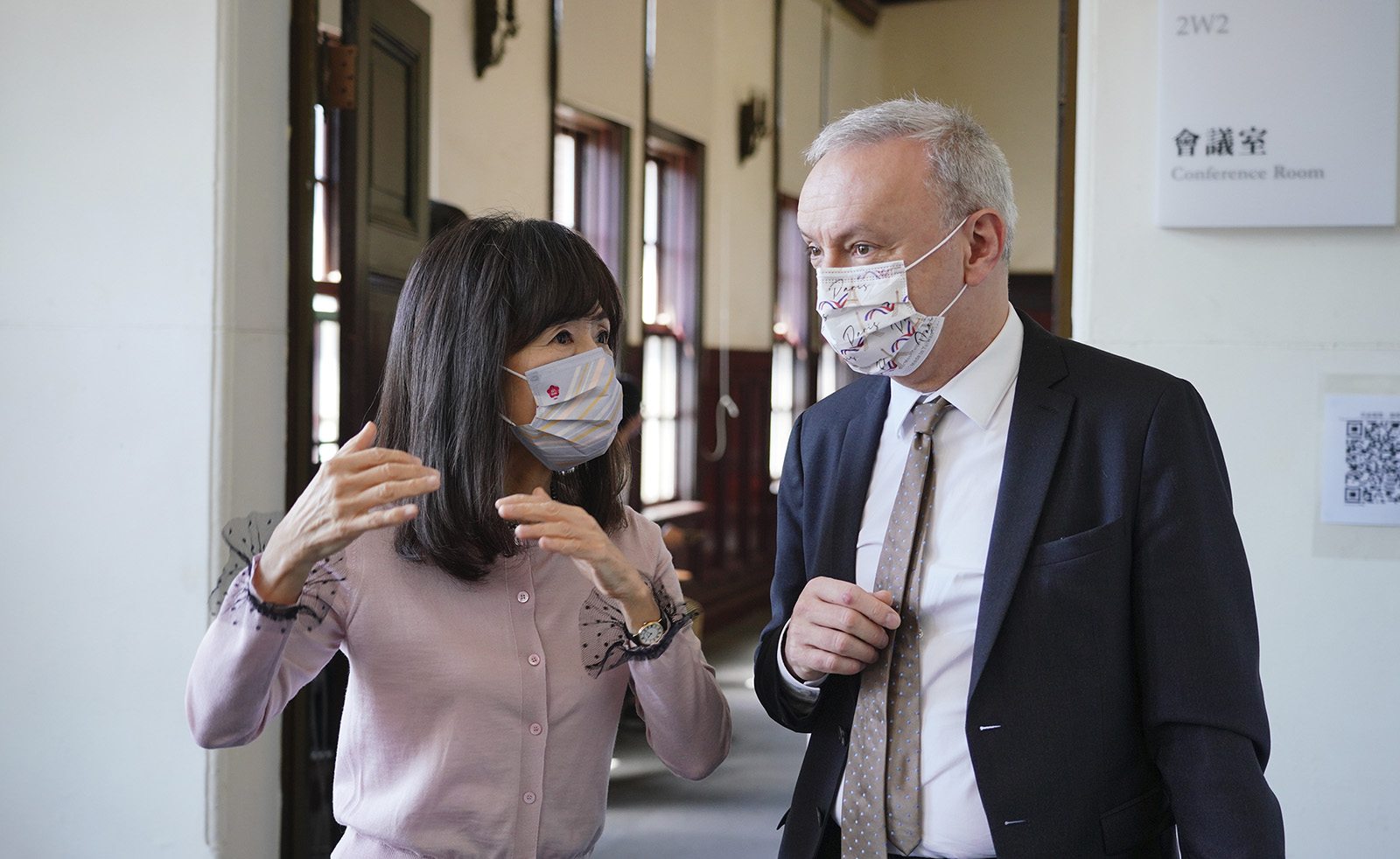 Additionally, the NCKU-IPSA Dual Degree Program, which began in 2013, propels international talents to connect. Alumni Jordan Vannitsen became acquainted with NCKU through internship, and proceeded to complete his Master’s and PhD studies in NCKU Department of Aeronautics and Astronautics. Later in 2016, he and his partners launched the start-up company ODYSSEUS Space, realizing their dream for space. In addition to their romantic French style chasing their space dream in Taiwan, another student took on the challenge of becoming an astronaut after returning to Europe and signed up for the astronaut training program by the European Space Agency, reaching towards the aspiration to become an astronaut with the education from both Taiwan and France. 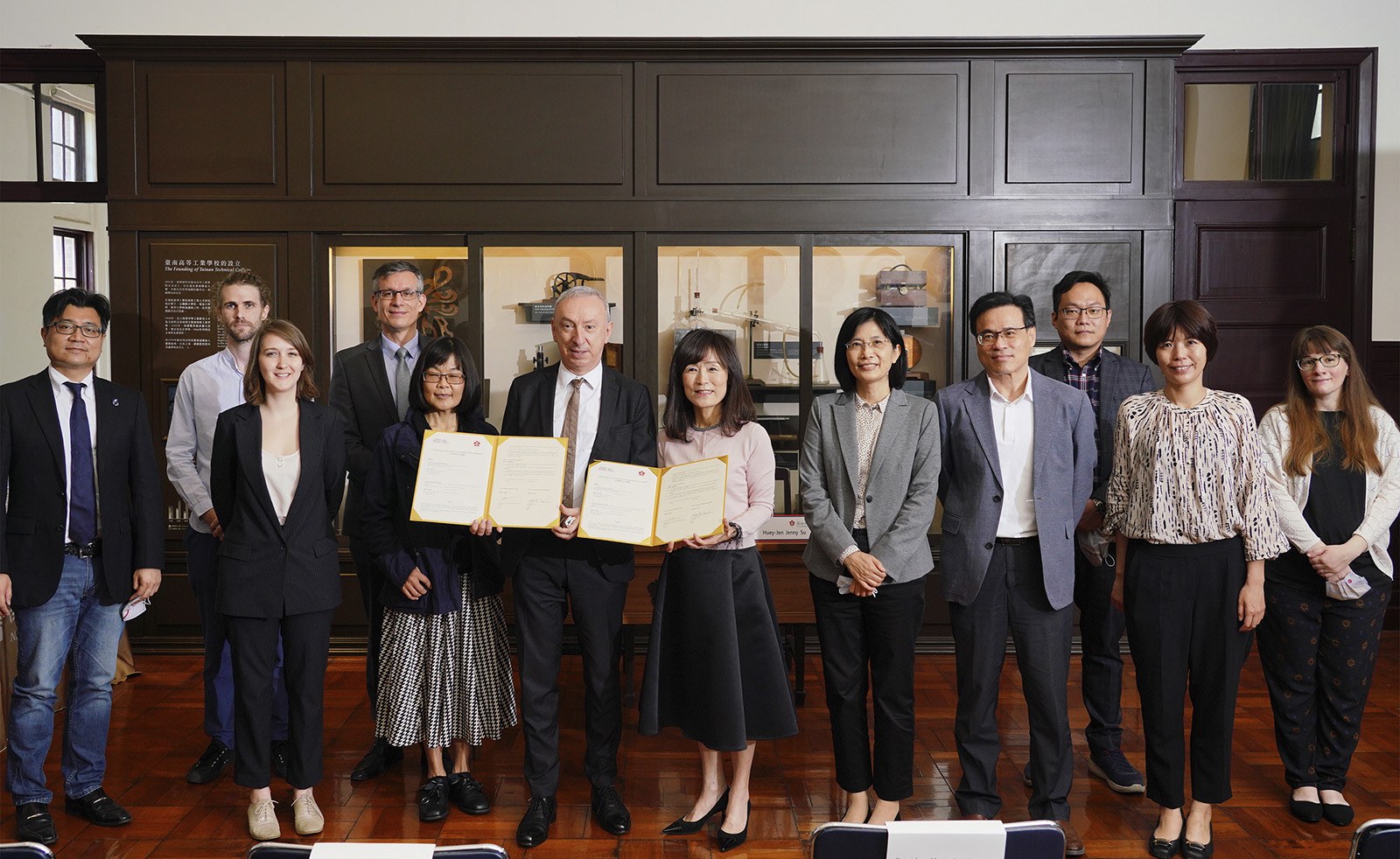 After the signing of the MOU, Jean-François Casabonne-Masonnave, along with staff personnel of the academic-scientific collaboration division of the Office and experts from the Ministry of Science and Technology, listened to briefings and toured around in NCKU. Hsiao-Wen Wang, Vice President of NCKU OIA, Jason Yi-Bing Lin, Director of the Quanta-NCKU Joint AI Research Center, Sheng-Sheng Yu, Vice Director of the Smart and Sustainable Manufacturing Degree Program of NCKU Academy of Academy of Innovative Semiconductor and Sustainable Manufacturing, and Yueh-Heng Li, Associate Vice President of NCKU OIA, gave briefings regarding how NCKU has been performing in terms of the industry-academia collaborations, talent cultivation in semiconductor industry, and progresses in collaboration with IPSA, France. Afterwards, the guests visited the NCKU Center for Quantum Frontiers of Research & Technology and the National High Performance Ship Model Test Basin in NCKU Department of System and Naval Mechatronic Engineering, which were introduced by Yueh-Nan Chen, Director of QFort, and Yung-Yu Chen, Chair of the Department of System and Naval Mechatronic Engineering, respectively.

France holds the presidency of the Council of the European Union in 2022, committing to promoting environmental protection, low carbon emissions, and green energy, which matches NCKU’s school development plans focusing on the SDGs. Through the communication, both parties paint the future sky for talent cultivation, hoping to bring the results and efforts of NCKU’s continued contributions in Taiwan industry, environment, and technology, expanding diversified possibilities of future collaborations across schools, cities, or borders.