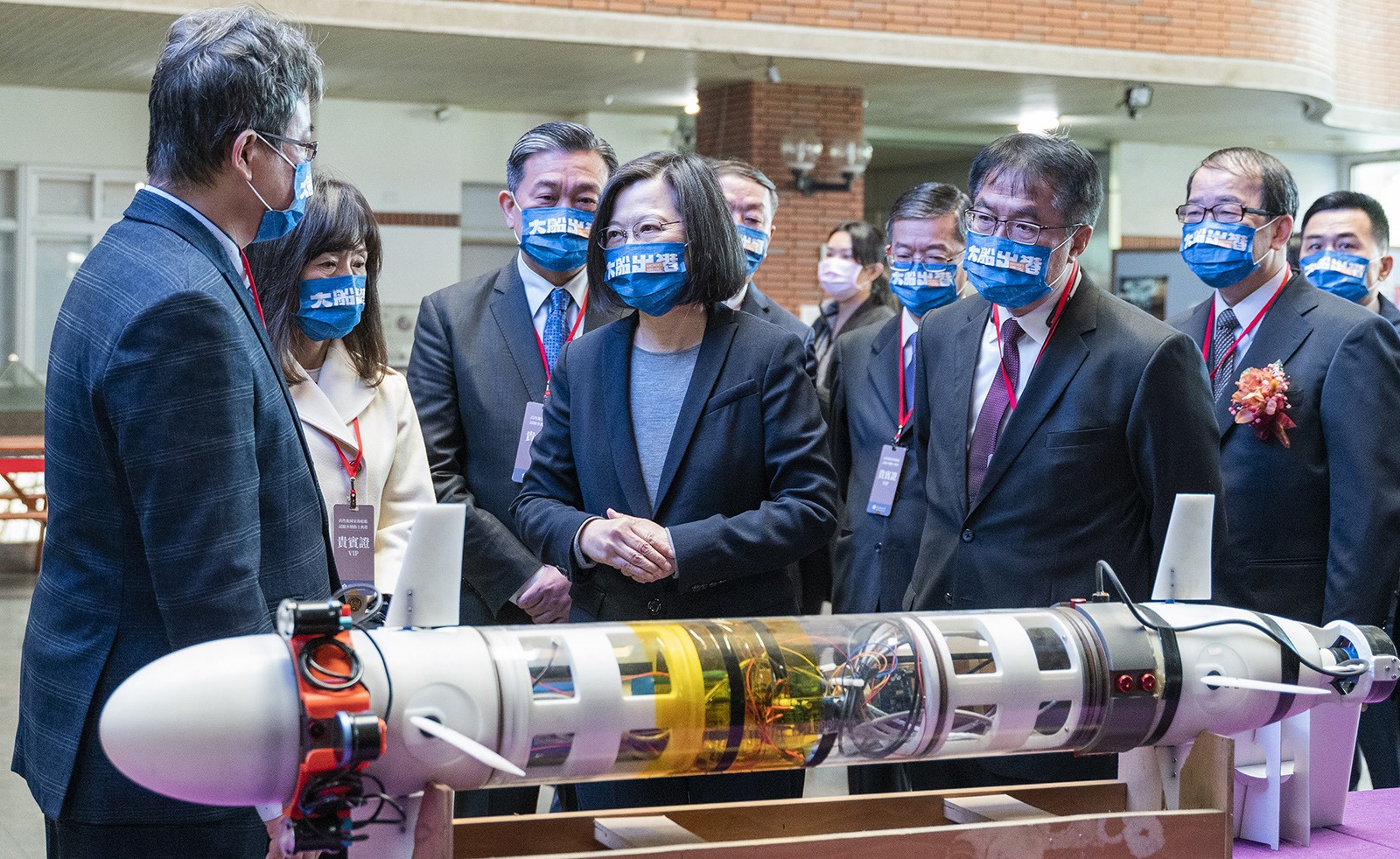 On the morning of February 25, President Tsai attended the groundbreaking of “National High Performance Ship Model Test Basin” in NCKU. The basin was the collaborative result of NCKU, the Naval Shipbuilding Development Center, and CSBC Corporation, Taiwan. After the extension was completed, the length of the basin will be extended from the currently 165 meters to 285 meters, which was capable for both military and industrial experiments. In a long term, the basin would help reduce the research and development cost while ensuring the security of the key technics. “The National High Performance Ship Model Test Basin will be the pivot of domestically producing naval vessels,” President Tsai mentioned.

President Tsai appreciated NCKU, CSBC Corporation, Taiwan, and the Navy Ship Development Center for the efforts, and delivered her best wishes for the timely extension completion, so tests can be carried out as soon as possible, boosting the domestic shipbuilding industry and the design capabilities of our own naval vessels.

NCKU’s president Su said that meeting the needs of our society and country through technology research and development and talent cultivation has always been NCKU’s top priority. The extended basin will become the second-longest water tank in the world and the longest in Southeast Asia. With everyone’s help, she hoped the university can come up in the world. 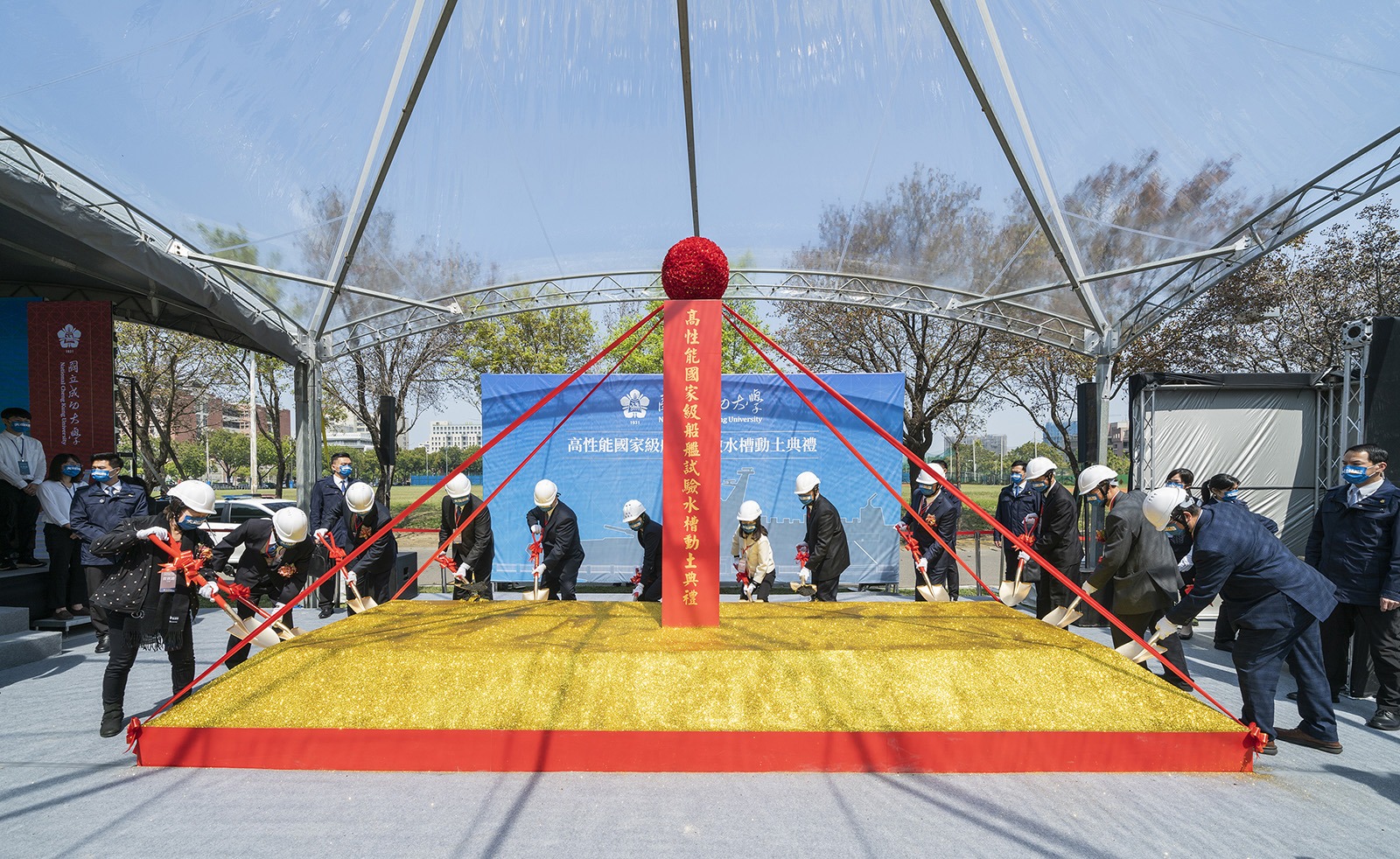 During the ceremony, the president also remarked on the Russia-Ukraine crisis and stated that we strongly condemn Russia’s unilateral attack, its invasion of Ukraine, and its violation of Ukrainian sovereignty that destroy the peace and stability in that region and all the world. She said we hope both sides could hold the peaceful dialogue at the earliest opportunity and find a rational solution. As a member of the international community, Taiwan is willing to participate in any effort made to solve the dispute, and we were already joining the economic sanctions imposed on Russia, the president mentioned. 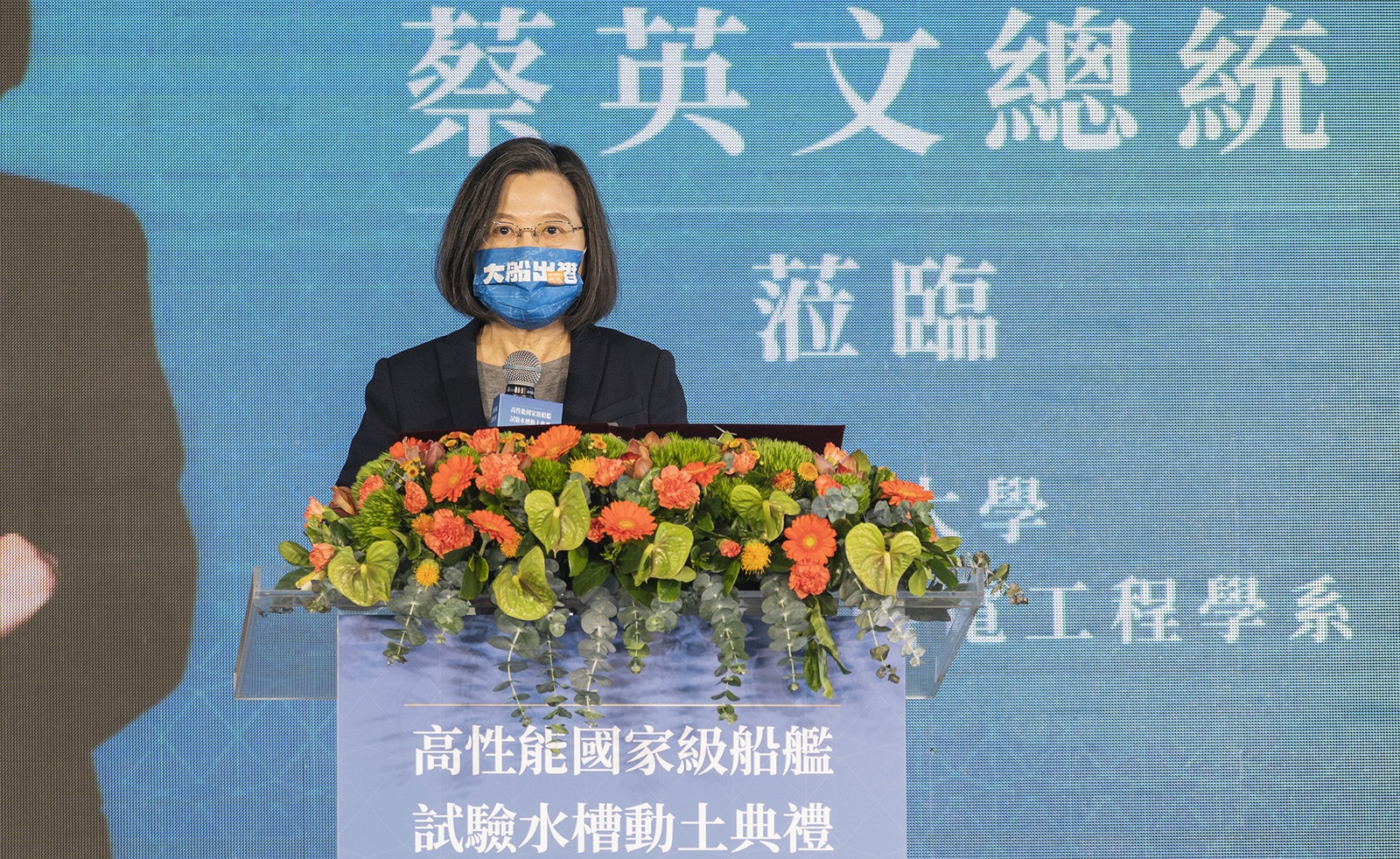 President Tsai emphasized that the situation in Ukraine was much different in essence from that in the Taiwan Strait. She also noted that with our military’s strong will to defend our land and our continuous improvement of combat forces, Taiwanese people can trust in Taiwan’s security.

The president then stated that domestic naval vessel production was a key sector of Taiwan’s national defense independence, which was crucial to demonstrate Taiwan’s self-defense determination. The president marked the groundbreaking as an important moment for Taiwan’s shipbuilding industry that would boost our domestic naval vessel production. She expected “The National High Performance Ship Model Test Basin” can save the time in research and development of shipbuilding, hence making the industry more competitive.

President Tsai stated that the significance of the ceremony was the upgradation of Taiwan’s naval vessel testing capabilities and the quickness of the tests. In the past, due to the limitation of the water tank size and the towing carriage​’s speed, the tests were almost conducted by foreign commercial water tanks, which spent much time and money.

President Tsai mentioned that the Department of Systems and Naval Mechatronic Engineering of NCKU housed the largest ship test tank in Taiwan, which received Energy Efficiency Design Index (EEDI) certification and the ISO 9001 quality certification from the Nippon Kaiji Kyokai (ClassNK) in 2017. Its currently testing capability is already equal to those in national laboratories in European countries. After the extension, the testing capability can be upgraded, expediting the process of design, testing, and modifications, saving research and development time and making our shipbuilding industry more competitive. 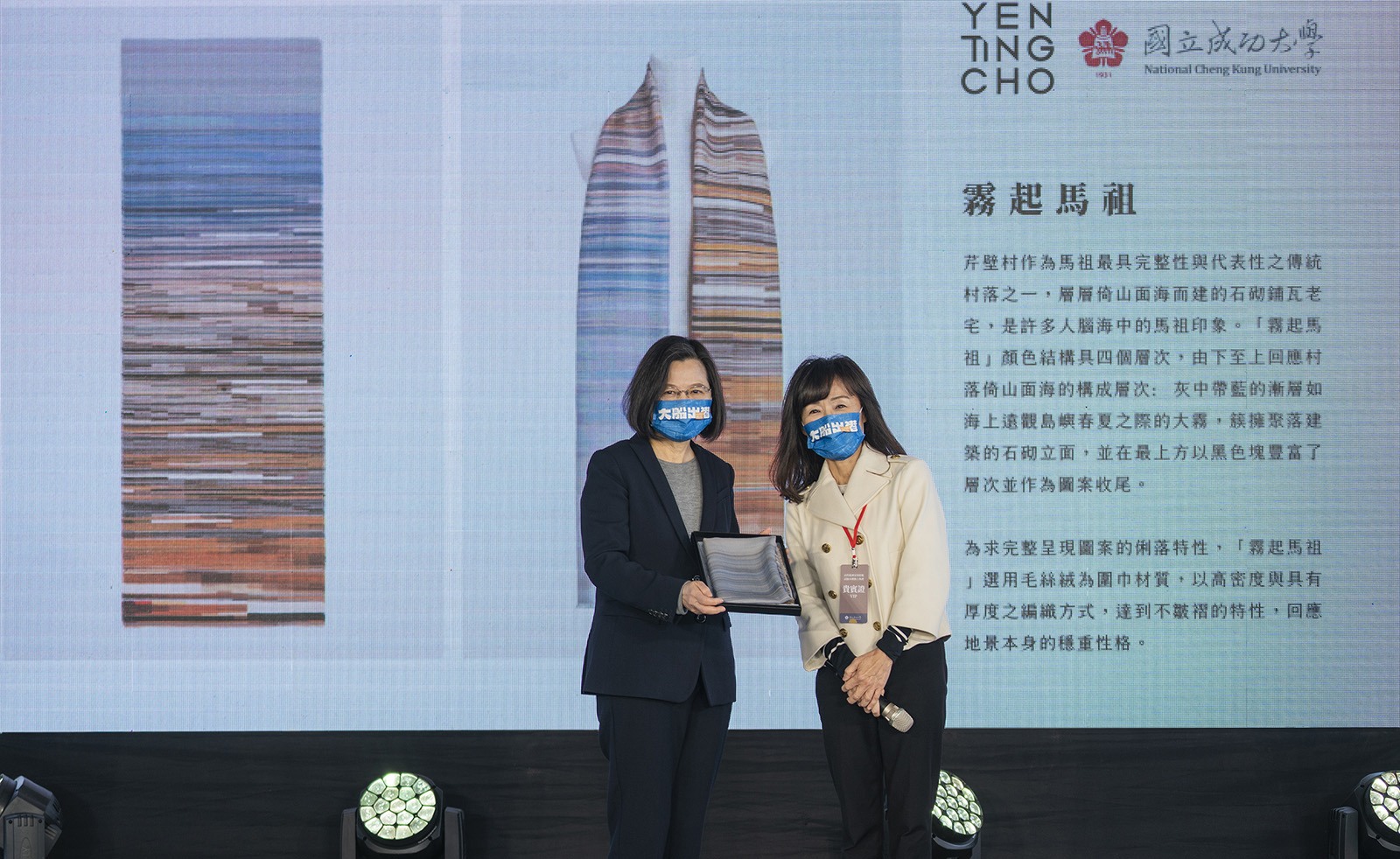 NCKU president, Huey-Jen Su pointed out that as a top research university, NCKU provides comprehensive warship design courses. About 30% of Taiwan’s naval scientific research personnel and over 25% of contract engineers are graduated from NCKU. The percentage of graduated female engineers was up to 20%, being the highest in Taiwan. This year, NCKU not only welcomed the female sailing champions of the National University and College Athletic Games as a student but also contributed to every aspect of maritime industrial developments, from fishery, merchant ships, warships, to submarines.

NCKU President Su said that NCKU integrated its research results and technology from the aerospace wind tunnel, materials and information and communications systems, and electrical and mechanical. The university’s greatest ambition was to quickly and systematically support Taiwan’s development and construction. In the effort of Taiwan’s national defense self-reliant, NCKU will become the key strength.

Naval Shipbuilding Development Center (NSDC) and the CSBC Corporation believed that the NCKU tank can alone shoulder the research and development tests of maritime industrial developments in the next 30 years since it would be capable to carry out most of the tank experiments, including propeller open water test, bare hull resistance test, self-propulsion test​, ink paint test, wake survey test, and planar motion test.

Scaled ship models used in towing tank testing were dragged by towing carriages and evaluated their performance. According to the fluid mechanics principles, the larger the model, the more accurate the result, so, the bigger the tank, the better. However, larger models must go faster during the testing to obtain a more accurate result.

Comparing the test results of NCKU’s current towing tank and that of the United States Naval Research Laboratory (NRL), during slow-speed operation (speed below 4 m/s) the results were very similar. However, even the towing carriages were upgraded, the length of the current tank prevented us from reaching the high speed (speed above 10-11m/s), thus unable to test future high-speed ships or torpedoes, which showed the importance of extending the tank.